Effects of IT Ups and Downs on Business in Los Angeles

Los Angeles is one of the most industrialized and populated areas in the nation. It is because of the nature of this city that the information technology movement has such a large impact on the functioning of businesses in the area. The development of IT has become an ever-growing business in and of itself that has ups and downs on its own.

It can become difficult at times for businesses to effectively manage exceptional functionality when they are reliant upon the exploding and increasingly expansive industry of information technology. The controversy about whether or not the IT era has made overall global improvements, especially for industrialized parts of the world, is an unsettled issue. However, we do know that, like any business, the IT industry itself has advances and setbacks. There are both good and bad effects of the information technology age, and in the business world, the productivity generally outweighs the negativity.

Importance of IT is Tremendous In Los Angeles

The cost of becoming educated in the field of information technology is relatively minimal, and many people are jumping on the IT bandwagon. The good news is that regardless of whether or not you think IT will replace human beings at some point, this does not seem to be the case in all scenarios.

The information technology age has realistically increased productivity for many companies and businesses, in addition to creating employment and occupations for a large population of individuals. Many companies in Los Angeles and the surrounding area alone have developed tremendously, strictly due to the advancement of IT fields. In an age where more than 90% of individuals carry a technological device with them at all times, business has skyrocketed for many companies who have latched on to the concept that they can reach a wider range of people to market to during every moment of the day.

Improvement in IT making life easier 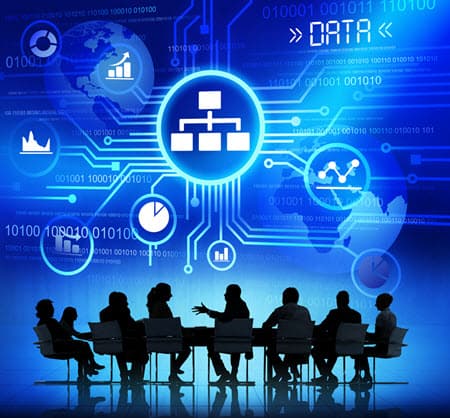 IT Business in Los Angeles

For industrialized areas such as Los Angeles, even small businesses have profited from advances in information technology. The IT world has created more efficient ways to do business in general; now it is possible for business solutions, marketing, and manufacturing to be implemented with great immediacy and productivity.

As previously mentioned the technological era has set the stage for a new set of employment opportunities around the world. The IT industry requires a specific set of skills that are, comparatively speaking, relatively cheap to obtain— no longer do individuals need to aspire to work for a PhD when they can make a considerable amount of money by developing apps.

By drastically improving, and nearing perfectionism, in the way of electronic communicative abilities the potential for business growth has shot up; companies have significantly cut down on the amount of time and money spent on travel for employees because it has become much easier to simply email, text, or video chat.

While the benefits of IT are undeniable, it is also certain that businesses have come to rely upon IT to substantiate their levels of productivity, communication abilities, and relative status to that of other companies. In some ways, when the IT market takes a dive, internet connections fail, or IT functions do not perform as promised, it can compromise the integrity of such companies that are reliant upon the success of technology.

In cities such as Los Angeles where technology rules industry, it is a scary thought to imagine the collapse of a business due to the fickle nature of the technological industry. Advancements in IT is constant—new versions outdated older versions in a flash, and with the click of a button it seems. With the necessity to stay on top of the newest technology comes the burden on businesses to remain current on trends in the market and daily developments.

With this new responsibility for companies also comes the pressure to understand technology’s effect on culture. Especially in cities such as Los Angeles where industrialization already has created social partitions, companies must manage the marketability of technologically based products where in some cases a large portion of the population cannot participate in the growth of their industry due to unaffordability. As the IT world continues to grow daily and experiences advances as well as setbacks like any other business, it is important for companies to remain cognizant of how they have come to rely upon this once secondary industry, and in turn, how it profits their business. Contact Us

You Got Hacked! Call on Los Angeles Small Business IT Services to Help

Forbes recently published an article on how businesses of all sizes can[...]

Focus on Your Los Angeles Business and Outsource Your IT

The technology side of your business is the engine that[...]

Why You Need Los Angeles IT Support for Better Data Integration

Many of today’s companies recognize the need to bring their[...]